ANAC is proud to have a diverse group of people as members and we want to celebrate their contributions to the HIV/AIDS community. Each month, we are highlighting a current member who is working to end stigma, train future HIV/AIDS healthcare providers, pursuing research opportunities, advocating for people living with HIV and so much more. 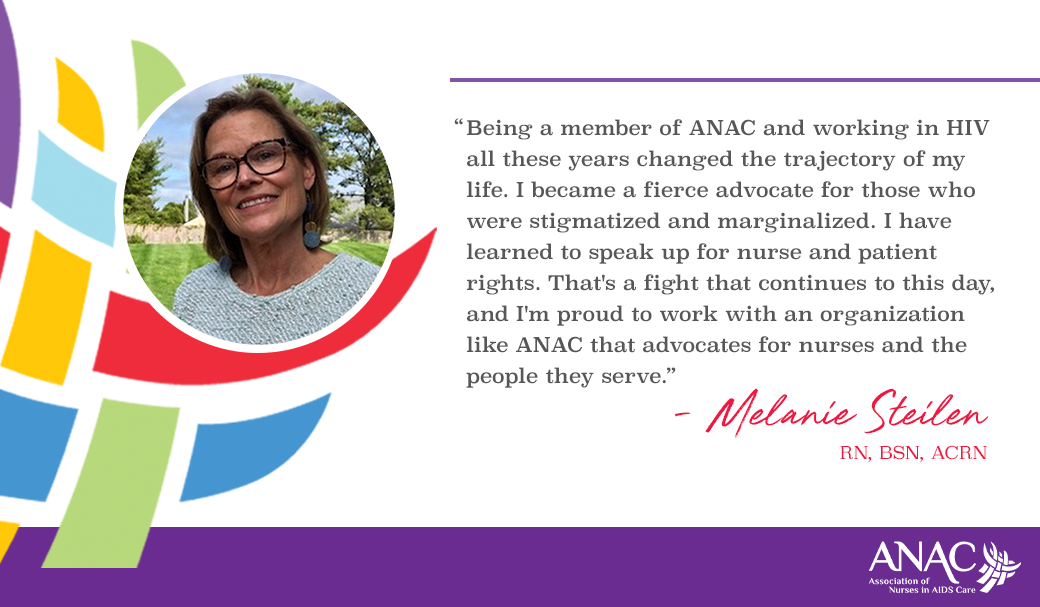 ANAC celebrated vision by speaking with Melanie Steilen president of ANAC's Board of Directors, to discuss the future of ANAC and her goals for her tenure. Read more about Melanie.

In July, we celebrated the work of our Global HIV Nursing Committee by talking to two of the committee's members, Eric Offei Affedzie and Noriel P. Calaguas.

Sept. 15 - Oct. 15 is Hispanic Heritage Month and Oct. 15 is also National Latinx AIDS Awareness Day. We highlighted Pete Rodriguez and asked him why it's important to celebrate Hispanic Americans and how he works with clinics across the country to engage Latinx HIV/AIDS patients in proper healthcare.

ANAC celebrated the 34th anniversary of World AIDS Day by urging supporters to sign on to a letter to key U.S. decision makers calling for progressive policies.

This site uses cookies to recognize members so as to provide the benefits of membership. We may also use cookies to understand in general how people use and visit this site. Please indicate your acceptance to the right. To learn more, click here.